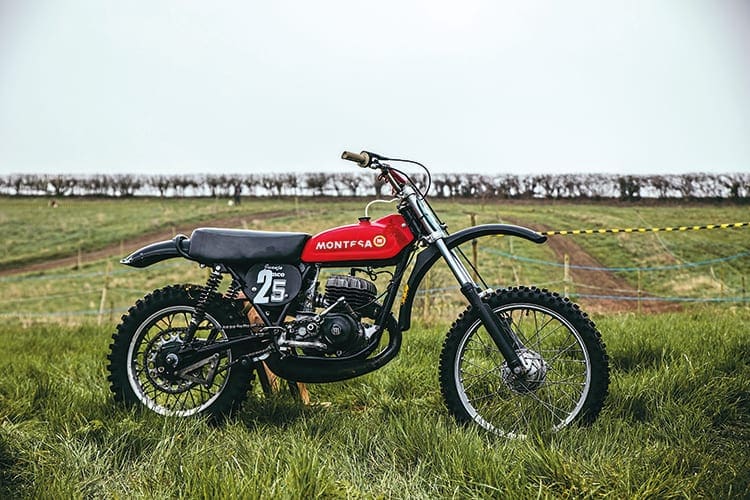 The Seventies: the world was changing, MX had come along and only the die-hards called it scrambling and bemoaned the fact this foreign takeover of our sport would be the end of civilisation. This attitude ignored the fact AMC produced a ‘motocross’ model to run alongside their ‘scrambles’ models as early as 1956… okay, the scene was changing, the Sixties had come and gone, the Seventies were in colour and many reading this will have done as I did, read the features in the press of the day and sent an SAE off to whichever importer was featured that week with a ‘please may I have your latest brochure.’

In the case of Montesa, my SAE would head towards Bury in Lancashire and the business premises of Jim Sandiford, who was the Montesa importer for the UK. Back came the colour brochures of the Cota trials models which were my primary interest – the 250 and the 125 – but also tucked in the envelope was the MX Cappra VR brochure. Somewhere along the line this brochure has vanished – a shame, because the Cappra impressed me as a really cool-looking bike with its deep red fuel tank, black frame and engine contrasting with its polished alloy wheel rims. “Hmmm,” thought young Tim Britton, “when I go scrambling, I’ll have one of them…” At the time I hadn’t even started trials riding but such things are mere technicalities to youngsters intent on embracing the competition dirt bike world. The reality was scrambling or MX didn’t get a look in until I started writing about motorcycles for a living in 2001 and by then the Cappra was generally tucked into people’s sheds.