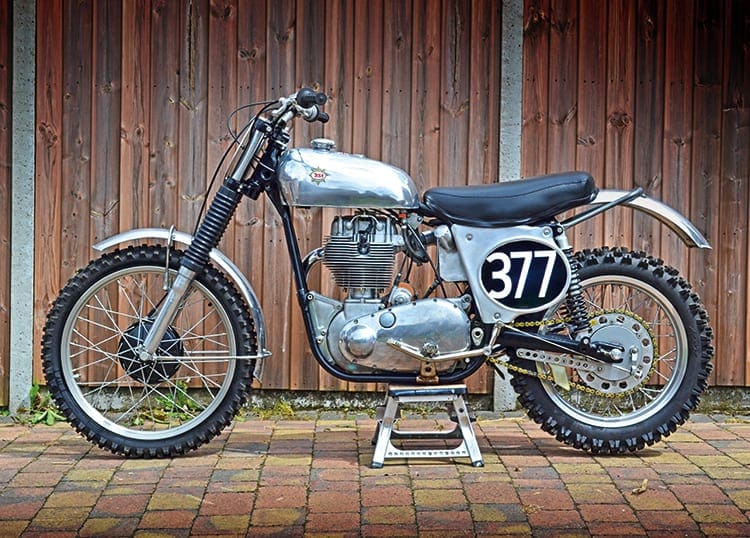 The motorcycle now referred to as ‘Goldie’ by enthusiasts the world over didn’t spring fully formed from the fertile minds of the BSA comp shop… though the guys in there had more than a hand in creating the legend.

For this feature we’re concentrating on the swinging arm version of the Gold Star introduced for 1953 with all the pomp and circumstance one would expect for such a machine in coronation year.

Yes there were ‘Goldies’ with swinging arm suspension before that date, and yes they were well known, but this is the production date and neatly puts Gold Star scrambles bikes into a 10 year bracket as by 1963 the 500cc model was discontinued and the world wanted the unit machines on which Jeff Smith was busily creating another legend.