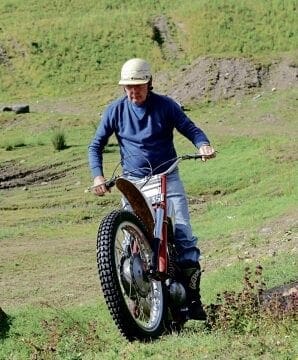 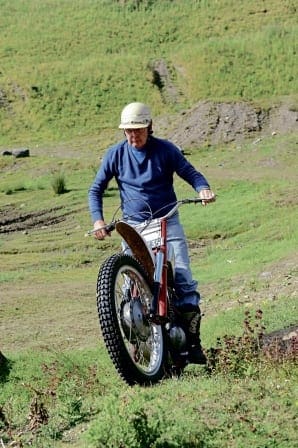 There’s always been an aura surrounding works bikes – no matter what name was on the petrol tank, they had to be special didn’t they?

The evidence was there for all to see, the factory riders were winning weren’t they?

Well of course they were and generally it was because they were better riders, more determined and practised a lot more than the rest of us.

Yes the factories would make sure their riders were on the best possible machines but the factory also had to convince the public that they too could gain success on the bike for sale in the showroom.

Before getting to grips with the three Dots, Dave Younghusband – our test rider for the day and a former Dot works team member – gave an insight into the way the factory had to work.

“We’d be sent bits to try and, to be fair, the factory was quite keen on experimenting to improve the bikes, though this would go through phases.

The guys would get a bee in their bonnets about exhausts and there’d be two or three sent up to try, then there’d be the front suspension, or barrels.”

Read more in the Summer 2015 edition of CDB