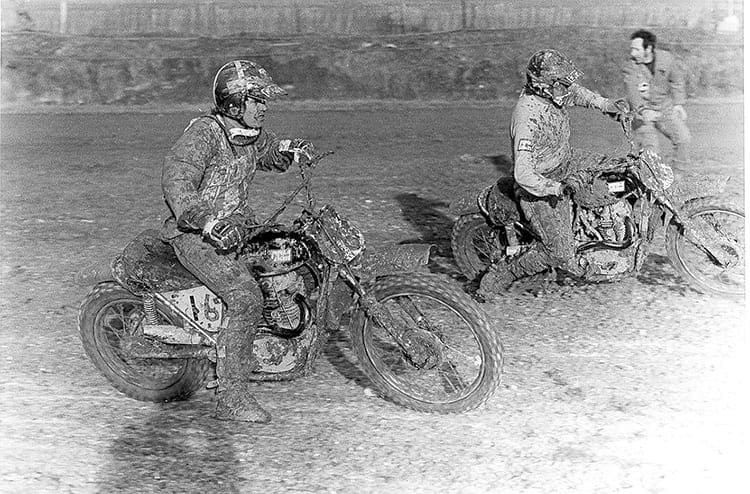 The step from newsagent to motorcycle manufacturer isn’t possibly the easiest one to make, but Alan Clewes managed it when he turned up at BSA’s comp shop hoping to buy a few bits to keep his own BSA MXer running for a bit longer. Instead, he was told ‘buy the lot or buy nowt’ and history records the Bolton man took the plunge and went on to create a legend.

The sound of his four-stroke singles on the MX scene stirred the soul of many enthusiasts, long after the machines’ time should have finished. The burgeoning classic scene saw a resurgence of the marque with ‘CCM only’ races having full grids and proper racing at events such as Nostalgia in Cumbria.

Under Clewes’ guidance, CCM was a forward thinking company which played to its strengths and had an eye on current developments. Regretfully, Alan Clewes was not to see the latest development, the CCM Spitfire, on which he had been working when he was taken ill.

His funeral was attended by many CCM names and a parade of CCM machines.