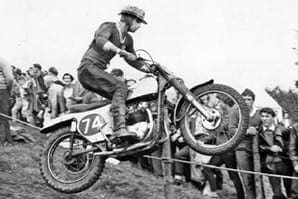 That the brothers were at the top of their game and talented engineers made the leap of faith a lot less risky than might be expected.

Having raced most of the opposition the answer was obvious, a frame here, forks there, an engine from somewhere else and so it goes on. Yes a bitza, or mongrel if you like, but of impeccable pedigree stock. In recognition of this the name chosen for this machine was Metisse – exotic in English but plain old mongrel in French.

The Mk.I, built purely for the brothers to race and not intended to be in production, had a modified BSA Goldie frame, Norton forks, BSA scrambles gearbox and a Triumph twin engine bult for reliability and low down power and was successful right from the start.